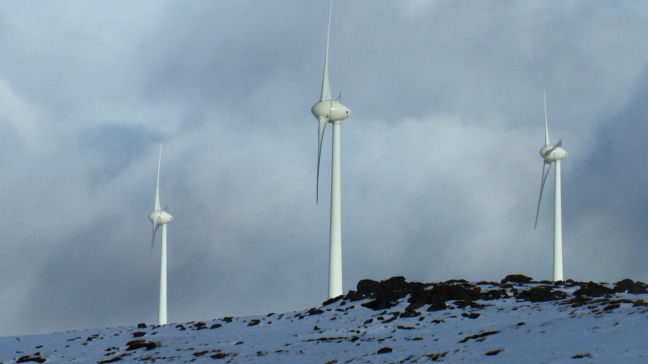 An access road is being constructed for the upcoming windmill farm near Porkeri, Suðuroy.

Once this road is completed, concrete foundations will be made for the seven wind turbines.

The turbines will be complemented with a powerful battery system and other state-of-the-art equipment, and the system is expected to produce a total output of 20 GWh per year.

This is equivalent to the power consumption of 4,000 average households, meaning that Suðuroy will be running entirely on sustainable energy during parts of the year.

Neshagi, which is a subsidiary firm of national energy supplier SEV, won the tender to build the windmill farm in Suðuroy.

If all goes according to plan, the first windmills will start producing electricity to the Suðuroy grid in September.

Meanwhile, the wind farm in Eiði, Eysturoy, which was planned for completion this summer, will most likely be delayed by a year.

According to SEV, the delay is due to various complications regarding approvals of the terrain from local farmers and the turbine manufacturer.