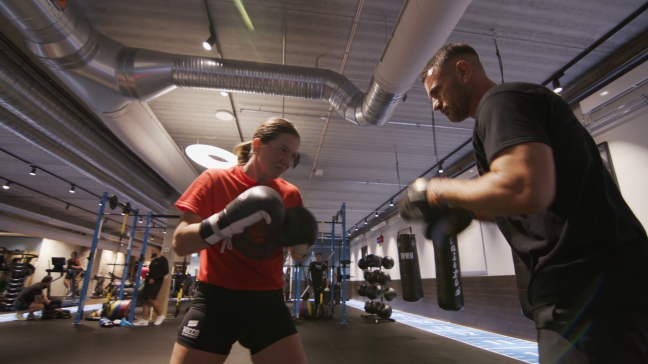 Sarah Mahfoud, whose mother is from Vestmanna, won the International Boxing Federation (IBF) welterweight world title in February this year.

A much-anticipated title defence had been scheduled against Puerto Rican boxer Amanda Serrano in Las Vegas in December, but this bout has now been cancelled due to Covid-19.

“I have been training really hard for this fight. We have put a lot on the line for nothing,” a disappointed Mahfoud told Danish national broadcaster DR.

The title defence could have resulted in financial independence for the half-Faroese boxer, who will now resume her nursing studies.

“I will return to my nursing care job because I have bills to pay,” she says.

“This is not what I had anticipated, but it is still possible that the fight against Serrano will be rescheduled sometime next year.”