08.03.2021 - 18:11
Aktuelt
No plans for further Covid rescue packages
Trade minister believes businesses will be given appropriate assistance from banks over the coming months
Høgni Djurhuus 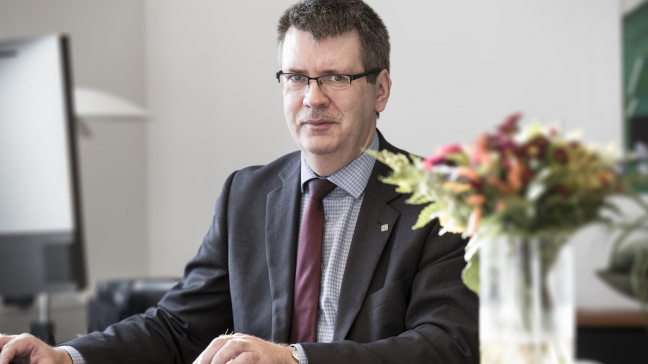 Helgi Abrahamsen, the Minister of Trade and Environment

No further Covid-19 financial rescue packages are in the pipeline.

So concludes trade minister Helgi Abrahamsen in his reply to an enquiry from MP Aksel V. Johannesen, who asked about rescue packages for entrepreneurs and small to medium-sized businesses.

According to the minister, businesses that are expected to return to profitability once the Covid pandemic is over will undoubtedly be given the required assistance from the financial institutions over the coming months.

He did, however, not rule out further government interventions should the Covid situation worsen and planned reopening measures are reversed.

There were 129 applications for support from rescue package number two, which was introduced to cover fixed expenses for businesses that had lost more than 40 percent in turnover during the pandemic.

Six applications were rejected, and 26 companies were ordered to repay their financial support, either because they had failed to submit their final statements or because their losses were less than 40 percent.

A further 26 companies had to repay parts of their support because not all of the claimed expenses were deemed to be fixed expenses.

Thirty-eight applications were submitted for rescue package number three, aimed at the tourism industry, of which 31 were accepted.