17.05.2021 - 15:47
Aktuelt
City Council clamps down on noisy ships
Ships have been banned from transshipping fish at a Streymoy harbour after repteated complaints about noise
Jón Brian Hvidtfeldt 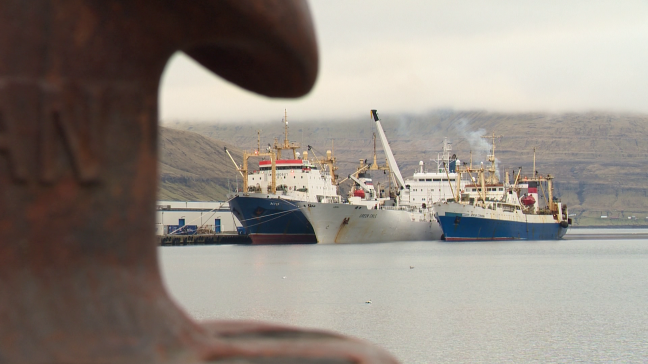 Ships docking at the Oyrareingir harbour

Residents in Signabøur and Oyrareingir, near Kollafjørður, are fed up with noise coming from ships docking at the Oyrareingir harbour.

The area is part of Tórshavn municipality, and the City Council is now addressing these complaints by temporarily banning ships from transshipping fish and other goods at the harbour.

“This noise causes major disturbances to residents in the area, and we want to demonstrate that we take this problem seriously,” says Tórshavn mayor Heðin Mortensen.

Many of the ships causing noise in the area are Russian fishing vessels.

The ban has not gone down well with Faroe Agency, which represents the Russian ships.

“This could easily end up on a slippery slope,” says Faroe Agency CEO Karl Erik Reynheim.

“If they ban this activity in other harbours too, it could harm an entire industry.”