20.06.2021 - 07:16
Aktuelt
Strike called off
The disputing parties in the pedagogue strike have reached a settlement
Sigrún H. Brend 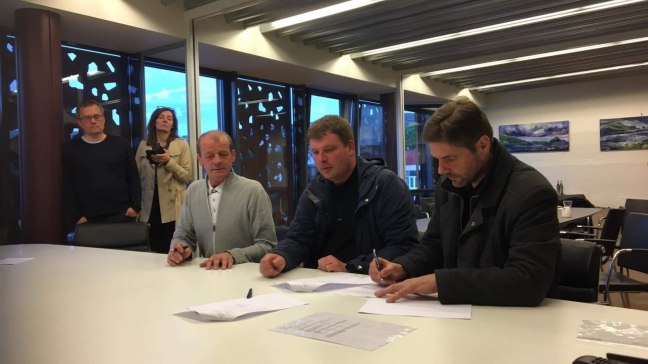 Shortly before midnight last night, the Pedagogue Union and its employers, municipal trade union KAF and the finance ministry, signed a settlement agreement.

“Our objective in these negotiations was to make pedagogical work an attractive proposition for young people and to retain those people who chose this vocation,” said Jógvan Philbrow, chairman of the Pedagogue Union.

“Only by increasing our staff retention can we continue to provide a quality service to our citizens and our children. This settlement deal is a step in the right direction, although we have some way to go to reach our end goal.”

The new deal (in Faroese only) represents a payrise for Pedagogue Union members which slightly exceeds the employers’ originally proposed rates.

“I am happy that we have solved this dispute and that the numbers add up,” said finance minister Jørgen Niclasen after the deal was signed last night.