PM: the Faroes must take a stand internationally

06.09.2021 - 16:05
Aktuelt
PM: the Faroes must take a stand internationally
We need to start showing the world that we have clear views and objectives on international issues, says Prime Minister
Hallur av Rana 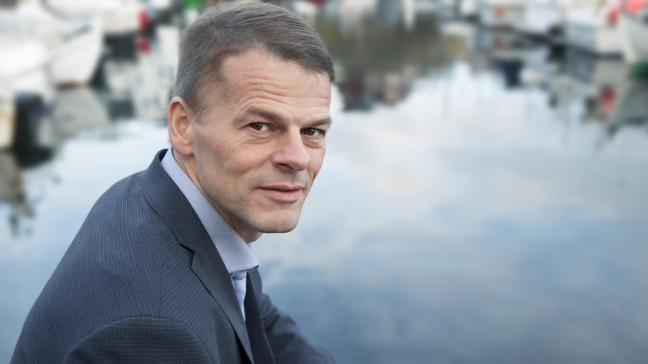 The time has come for the Faroe Islands to become an player on the international political stage.

This is the view of Prime Minister Bárður á Steig Nielsen, expressed in a column in Danish political magazine Altinget.

”It is naive to think we can continue flying under the radar and not take a stand or just follow the lead of our allies. We need to step away from the sidelines because there is simply no place for indecisiveness and neutral stances in international politics,” he writes.

“The time has come for us take a firm position, to publicly declare our interests and continue to preserve them. Only by doing this can we ensure that our decisions and actions will benefit the Faroe Islands.”

Part of the Western World

The Prime Minister emphasises his wish that the Faroes should be regarded as part of the Western World.

”I disagree with those who put China, Russia and the USA on an equal footing in terms of defence policy issues. We have good working relations with all these three superpowers; however, when it comes to defence policy, there is no doubt that we belong to the Western World.”

The Prime Minister also touches on NATO’s wish to set up a radar base at Streymoy’s mount Sornfelli. This topic has caused heated debate about issues such as who should be allowed to set up and run such a system and how such a radar could affect the country’s relations with other nations.

”Our strategic position in the North Atlantic is not for sale to the highest bidder. We are an integral part of the Western World and NATO.

”This stance does not stand in the way of good relations with all superpowers, nor does it prevent us from continuing to work with nations that have a different defence policy to our own.”