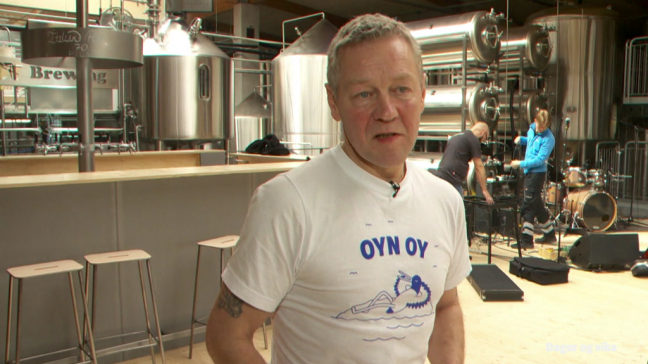 OY yesterday opened a pub inside its brewery on Tórshavn’s Falkavegur.

This will allow beer enthusiasts to enjoy a pint and a bite while watching the brewery process.

“There is room in the market for another brewery,” says Petur Petersen, known locally as Petur Øl (Petur Beer), who founded OY in early 2020.

“It has proved difficult for small brewers in the Faroes to be competitive, but we are confident about the future,” he says.

“We will of course be catering to the domestic market, but we will also put a strong focus on exports.”