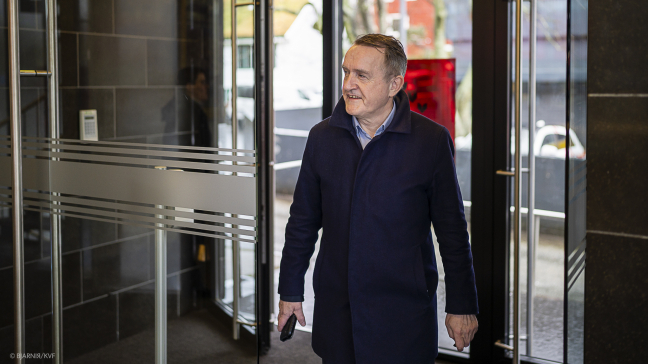 “I did not overstep the mark,” says Jenis av Rana, who was stripped of his duties as the Minister of Foreign Affairs and Culture yesterday.

On Monday, the Prime Minister decided to transfer parts of the ‘church affairs’ portfolio from Rana to Magnus Ramussen, the Minister of Environment, Industry and Trade.

This came after Rana’s firm refusal to allow children to use the surname of a same-sex co-parent.

What prompted the Prime Minister to dismiss Rana as a minister was that Rana allegedly called on Magnus Rasmussen asking him not to tell the bishop to make this change in the church register.

“The Prime Minister is stretching the truth here. If I had asked another minister to directly oppose an order from the Prime Minister, that would have been an entirely different matter,” Rana said yesterday.

“But I simply said in an interview that I hoped Magnussen would not do this. There’s a big difference there.”

He added that the Prime Minister should not “throw stones when he lives in ‘a certain house’ [a glass house]”, referring to two government MPs who last year voted against the government on an opposition proposal regarding parental leave for same-sex couples.

The ousted minister says the dismissal has not left him disheartened.

“It has been a great privilege to have served as a minister for more than three years,” he says.

“In the end, however, I will always stand by my core values. I will always value God over humans. I simply cannot compromise on these values.”