23.03.2020 - 09:15
Aktuelt
First hospital admission
The first person infected with the coronavirus has now been hospitalised, as the total number of infected reaches 118, minus 23 who have recovered
Solby Christiansdóttir 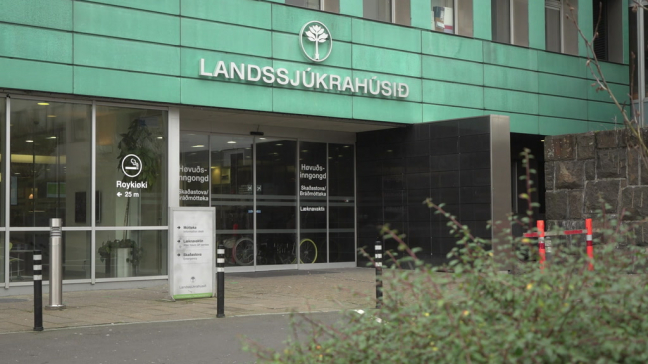 As the number of new corona cases increases by only three since yesterday, one infected person has now been admitted to hospital

So far, all those who have tested positive for the coronavirus have required relatively little medical assistance.

But now the first infected person has been admitted to hospital for treatment.

Meanwhile, the past 24 hours have seen the smallest increase in new corona cases since the outbreak, as only three people tested positive, bringing the total up to 118.

>> SEE ALSO None of the 47 infected are hospitalised

This morning, the Chief Medical Officer announced that a total of 23 persons have now recovered. Subtracting this number from the 118 total brings the total of active corona cases to 95.

An infected person is considered as fully recovered after 48 symptomless hours. At this point they are no longer regarded as carrying the virus and are released from quarantine, according to consultant doctor Bjarni á Steig, who also acts as a special advisor to the Ministry of Health.

A total of 2,255 tests have now been carried out, with 178 being done in the past 24 hours. It is believed that the Faroe Islands lead the way globally in terms of test quantity relative to population size.

More than 900 people are now in quarantine across the country.