Only Faroese and Russian ships fishing in Barents Sea 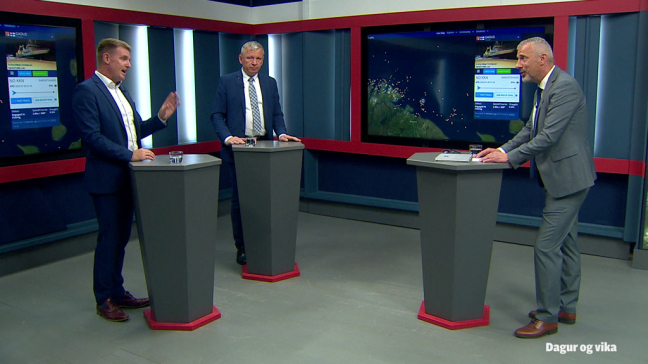 Apart from four Faroese ships, only Russian ships are fishing in the Russian part of the Barens Sea.

The Faroes have a tri-party agreement with Norway and Russia regarding fishing in the Barents Sea, which is divided between Norwegian and Russian territorial waters.

Faroese fishing vessels have been allocated a Barents Sea catch quota of just under 17,000 tonnes of cod and haddock in the current agreement, which expires at the end of this year.

About 4,000 tonnes of this quota was specified for the Norwegian part of the Barents Sea and the remaining 13,000 tonnes for the Russian part.

Norwegian ships have for many years been fishing in Russian territorial waters, but Norwegian fishery authorities have decided to avoid Russian waters this year due to Russia’s invasion of Ukraine.

Faroese fisheries minister Árni Skaale said on Tuesday that he intends to negotiate an extension of the current deal with Russia.

“We can continue to fish in accordance with the existing deal because it was signed before the war broke out,” said Johannesen.

“However, we should be very cautious regarding a contract for next year because we should follow the Western line on sanctions against Russia, also with regards to fisheries.”

Skaale replied: “The sanctions package recently approved in Parliament says that we should avoid making major changes to our existing fisheries agreements. My interpretation of this is that it is my duty as fisheries minister to respect the will of our Parliament.”

When asked whether this was not an indirect declaration of support for Russia, he said: “In general, I believe we should engage in open dialogue rather than excluding certain partners, regardless of whether there is a war going on.”

Johannesen replied that his gut feeling says the Faroes should cut all trade ties with Russia, but that there is also a political reality that needs to be addressed:

“We need to keep a close eye on what other Western nations are doing. If other countries that are due for contract renewals with Russia for next year decide not to renew and we do renew, then we may end up being regarded as a black sheep, which may ultimately lead to these countries boycotting our products.”

Skaale said he agreed; however, he reiterated his point from earlier that day:

“Through our talks with our international partners, we get the impression that most nations recognise the special position that the Faroe Islands have in securing stability in the international management of North Atlantic fisheries.

“If we exclude Russia next year, that doesn’t mean Russia will stop fishing. We have a duty as an active player in the international management of North Atlantic fisheries to help maintain stability.”

Skaale: “Any reputational damage caused by a Faroese contract renewal with Russia would be limited because other countries fully understand our circumstances in this respect.”

Johannesen: “We should legislate against any trade with Russia while the war is ongoing.”