Pizzeria staff “had to pay EUR 6,000 for work contract” 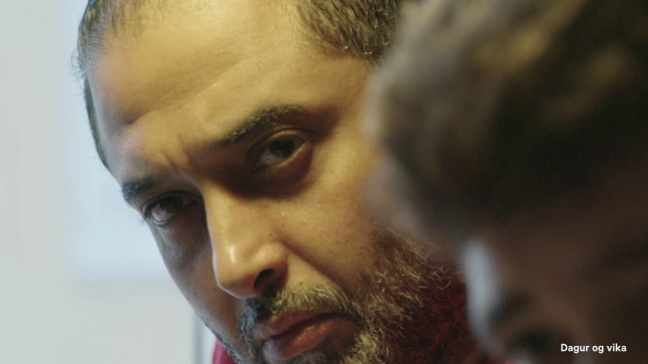 On 31 December, we reported on three workers from Tunisia and Morocco who claimed to have been treated badly by the pizzeria owner.

Another three men from Tunisia have now spoken out about how they have been treated by pizzeria owner Farhat Bourbia.

Walid Meriah and Skander Temani say they had to pay to come to the Faroes to work at the pizzeria.

“I was asked to transfer EUR 6,000 from Tunisia to Farhat before I left home, and I was told I would have a work contract once I arrived in the Faroes,” says Meriah.

They also say they had to pay all travel expenses.

As Temani did not own the EUR 5,000 he was asked to pay, he had to borrow most of it from his mother, promising to repay her once he started working in the Faroes.

“I’ve been here for nine months now, but I’ve only been paid for four months. Nine months and not a single day off from work. One month, I worked 313 hours,” says Temani.

“Farhat told me he had no money to pay me. He just said: ‘Skander, work, work, work’. But I wasn’t paid for my work. He said he could pay me in the new year.”

Like his colleagues who spoke out in the 31 December article, Temani says they were deprived of their liberties.

>> SEE ALSO Pizzeria owner: I did not withhold payments

Farhat insists that the men did not work for him; rather, they were employed by another company which he runs together with Jóan Petur á Stongunum, who managed the company up until 2 December, and former MP Bill Justinussen, who was the company’s accountant.

In the wake of KvF's 31 December story, Farhat published an article in which he denies the allegations and says he is considering taking legal action against KvF for its coverage of the matter.

“None of what is claimed in the feature took place while Farhat Bourbia was manager. The men were employed by Sp/F 20.10.20, a company which runs pizzerias in Tórshavn,” the article reads.

Who is in charge of payments?

Pizzeria owner Bourbia says the former manager of Sp/F 20.10.20, Jóan Petur á Stongunum, was in charge of salary payments. Stongunum has declined to comment on the matter.

However, the five workers who have so far spoken out about the issue deny this claim.

“Jóan Petur, no! It was Farhat and Bill,” says Meriah.

Unfamiliar with the law

Ahmet Kemir, from Tunisia, also worked at Farhat’sa Pitsa. He returned home in April 2022 after having worked at the pizzeria for ten months.

He says he was paid for six of the ten months he worked at Farhat’sa.

“I left the country because I was threatened. I was unfamiliar with the relevant Faroese law, and I felt a need to leave before I had received my due salary,” he explains.

For others in similar situations, especially those who are not members of a trade union, a good place to seek guidance is the Faroe Islands Legal Aid, which offers legal counselling free of charge.