22.01.2021 - 17:43
Aktuelt
Same-sex dispute heating up again
A coalition member siding with the opposition in longstanding dispute on parental rights for same-sex couples has caused unrest in the coalition
Tróndur Olsen 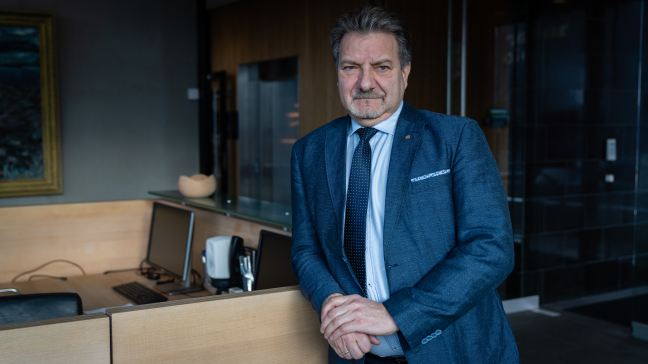 MP Johan Dahl has broken ranks with the coalition regarding the debate on parental leave for same-sex couples.

He has announced that he backs a proposal from the opposition to accommodate same-sex couples in the law on parental leave (barsilslóggávan).

Dahl has been unavailable for comment, but he has issued the following statement:

This has upset a number of coalition members, who say that Dahl is in direct breach of an internal coalition agreement not to support proposals from the opposition.

“My view is that a coalition member who does not abide by the coalition agreement is not part of the coalition,” MP Bill Justinussen, of coalition party Miðflokkurin (the Central Party) said yesterday.

Thirty-two members of Dahl’s party, Sambandsflokkurin (the Union Party) today issued a public statement announcing their support for Dahl’s decision in this matter.

“This is a matter of principle, and Sambandsflokkurin must stick to its partty value of allowing its MPs to vote in accordance with their personal beliefs on matters of an ethical nature,” said party member Anna Falkenberg.

When asked whether Sambandsflokkurin should allow this core value to put the coalition at risk, she said that this is a matter for the government to decide on, not for ordinary party members.