11.08.2022 - 07:51
Aktuelt
Parental pay set to increase
The maximum parental leave payment, unchanged for 18 years, will increase at the start of next year
Arnfríð Joensen Dahl 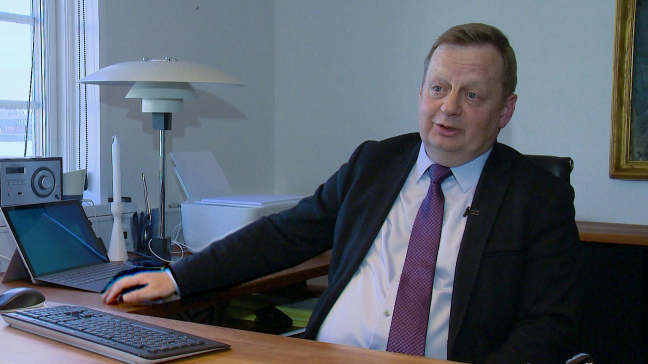 Magnus Rasmussen, the Minister of Environment, Industry and Trade

The maximum monthly payment from the parental leave system (Barsilsskipanin) was in 2004 reduced to DKK 25,000 plus early retirement allowance (eftirløn).

Wages have increased significantly since 2004, but this maximum amount has remained the same.

But, in his ólavsøka speech on 29 July, the Prime Minister announced that this maximum amount will go up, and the Ministry of Trade is currently preparing this change.

A monthly increase of DKK 2,000 has been mentioned. The trade minister is not planning to increase the parental leave contribution as it is believed that there is sufficient funding for such an increase.

The paid parental leave period currently stands at 52 weeks, and this will not change, says the trade minister.

There have been calls from many sides for increased parental pay.

The House of Industry (Vinnuhúsið), which represents private employers, welcomes the planned pay increase but would like to see a higher increase, which could be financed by shortening the parental leave period.

According to the trade minister, the changes will only apply to parents of children born after the new law comes into force on 1 January 2023.