White-sided dolphin hunting may not be sustainable 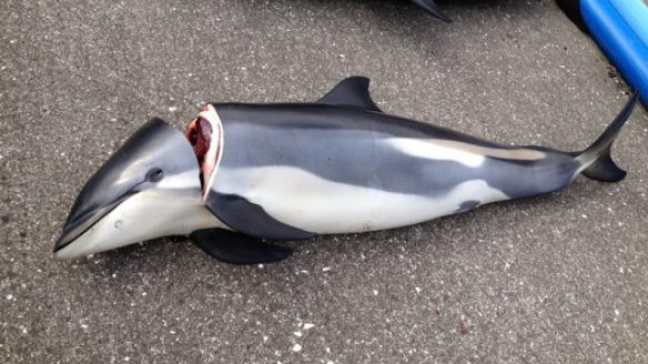 Killing white-sided dolphins is not a Faroese tradition, and doing so damages our reputation abroad.

This is the view expressed by MP and former Prime Minister Kaj Leo Johannesen after 190 white-sided dolphins were killed in Hvalvík.

“We should stop these killings,” he says. “As far as I know, there aren’t many statistics on white-sided dolphins in the North Atlantic.”

Biologist Bjarni Mikkelsen agrees, saying it is not possible to know with any certainty whether the hunting of white-sided dolphins is sustainable.

This form of hunting has increased in the Faroes of the past 20 years, with some 200-300 white-sided dolphins being killed per year.

“It is probably fair to say that with the current numbers the Faroese hunts are sustainable, but we cannot say for sure,” says Mikkelsen.

Johannesen says there are other reasons than just a lack of statistics form fish-stock estimates to stop killing white-sided dolphins.

“It is hardly ideal for the branding of our country that we kill dolphins. We would probably think twice about killing pandas.”

Johannesen points out that since dolphins are often associated with cute cartoons for children, we are sending out a bad signal by killing these animals.

“We should stand by our right to kill pilot whales, but we really ought to stop killing these dolphins. It’s an unnecessary provocation and it can easily hurt our exports.”

Biologist Bjarni Mikkelsen mentions three possible reasons for the increased killings of dolphins in the Faroes in recent years.

“It could be that the stock has increased. Or it could be that the distribution has changed and dolphins have migrated towards the Faroes in recent years. It could also be the technological advances, which make it easier for us to hunt white-sided dolphins.”