13.11.2019 - 14:18
Aktuelt
Iranians arrested for using fake passports
The Faroes have become a popular point of transit for Iranian citizens wishing to travel to Scotland. But they appear to be doing it illegally
Bjarni Mohr 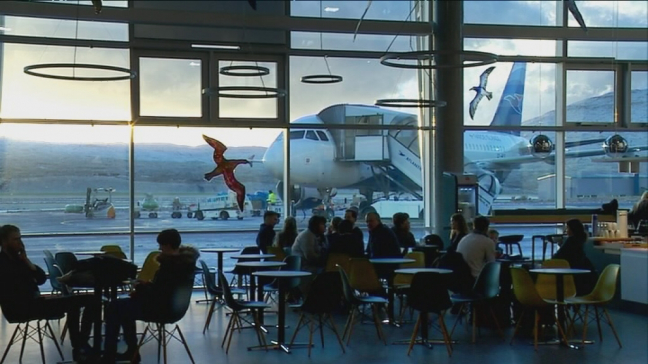 A rising number of Iranian citizens are being caught travelling to the Faroe Islands using fake passports.

On 7 October, two Iranians flying from Denmark to the Faroes were arrested at Vágar Airport for using fake passports, with the intention of flying on to Scotland.

The people, reportedly a mother, 45, and her son, 17, from Iran, were expelled to Denmark on Friday after being held in custody for a month.

According to the police, it is difficult to establish whether the two really are mother and son, as there are doubts regarding their real identity

Their case was heard in court on 23 October, and the woman was handed a 40-day unconditional prison sentence. The days spent in custody in the Faroe Islands are included in the prison term. Her son was also travelling with a fake passport, but he was acquitted as he is below the age of 18.

Since July this year, six Iranian nationals have attempted to travel to Scotland via the Faroe Islands.

As recently as on Sunday, an Iranian man was stopped at passport control at Vágar Airport. He has been taken into custody, but it is not yet clear whether he was travelling with an illegal passport.

There is no passport control from Denmark to the Faroe Islands, but passports are controlled from the Faroes to the United Kingdom, as the UK is not part of the Schengen Agreement.