04.12.2019 - 21:38
Aktuelt
Smyril Line expands fleet and route network
With the addition of a new cargo ship, Smyril Line brings its total fleet up to five and expands its route network
Høgni Djurhuus 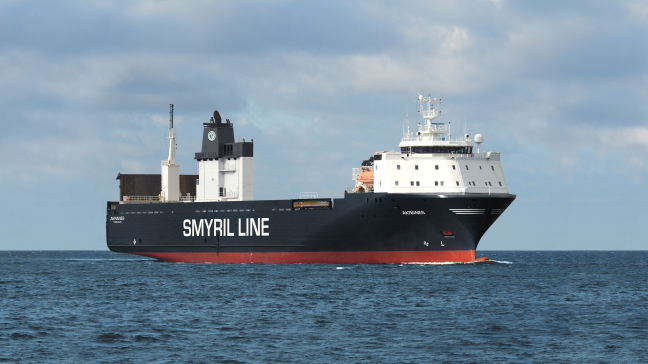 Akranes currently sails under the Finnish flag with a Finnish crew of 24.

Smyril Line will register Akranes in the Faroese ship register (FAS) and will man it with Faroese crew members.

The addition of Akranes on 20 December 2019 will bring the company’s total fleet up to five.

The other four vessels are Norrøna, Mykines, Eystnes and Hvítanes.

Akranes will depart Tórshavn on Tuesdays and will arrive in Hirtshals on Thursday mornings.

UK returns to the route network

The fleet expansion means that the UK returns to Smyril Line’s route network, as Hvítanes and Eystnes will be covering the routes between Tórshavn and Scrabster, Scotland, Hirtshals, Denmark, and St Petersburg, Russia.

Hvítanes and Eystnes will depart from the Faroes on Fridays, arriving in Scrabster on Saturdays and in Hirtshals on Mondays. From Hirtshals, the ships will continue to the Baltic Sea and St Petersburg.

The expanded route network links Russia, the Baltic states and Denmark to the Reykjavik area, while Iceland and the Faroes are brought closer to the UK, the Netherlands and central Europe. This is made possible by reloading cargo in the Faroe Islands.