Red-thighed flies are “annoying but not harmful”

24.06.2020 - 09:59
Aktuelt
Red-thighed flies are “annoying but not harmful”
The recent invasion of red-thighed flies in the Tórshavn area is most likely the result climate change, says ornithologist
Ása Hammershaimb Christiansen 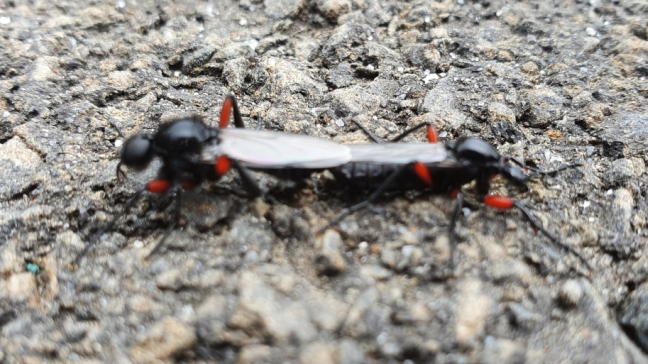 Millions of pesky flies are casting dark clouds over parts of the country these days, especially in Tórshavn.

This is due to an influx of red-thighed St Mark’s flies, also known as heather flies, with the Latin name of Bibio pomonae.

“There is no doubt the recent increase in these previously exotic creatures can in some way be attributed to climate change.”

Heather flies are, however, not new to the Faroe Islands. According to Jensen, the first specimens were spotted in Suðuroy as far back as in the 1860s.

“The first time I saw these flies was in Fugloy some 30 years ago. They arrived here in large numbers in 2017, and now they are becoming increasingly common.”

He adds that the flies do not sting humans and are not harmful.

“They fly low and near people. They’re really annoying but they’re harmless.”

His only advice is to be patient, as the heather flies are seasonal and will probably be gone by the end of July.

“But they will return next summer, so we just have to get used to them.”