Council: economy will improve next year 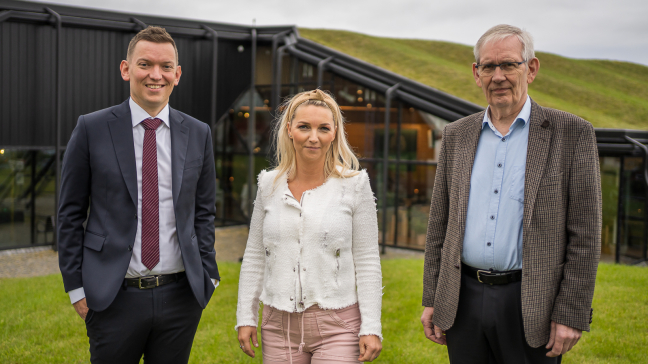 The Covid pandemic has dented the national economy, but growth is expected as early as next year, according to Heri á Rógvi, chairman of the economic council.

In his presentation of the council’s autumn report, Rógvi advised against taking steps to reduce the expected deficit and instead boost the economy with public investments.

The recommended boosting measures include increasing taxes and duties in the fishery industry and continue with the current restrictive Covid-19 measures at the country’s borders.

According to the council chairman, the state economy has taken its biggest beating ever, going from a massive boom at the start of the year to a crippling decline.

The export industry is facing great uncertainties and the tourism industry has suffered big losses. Domestic spending has, however, remained largely unchanged.

Rógvi concluded that despite the big challenges caused by the pandemic, the economy will start seeing growth as early as next year, which is why it is important to boost the economy with due caution.

>> SEE ALSO Financial crisis or not?

”The outlook for 2021 is good, with low unemployment levels, and households are generally faring well,” he said.

This year’s GDP growth rate is estimated at -6.9 percent, but the council reckons next year's growth rate will be plus 5.5 percent.

The state budget deficit for this year is estimated at DKK 583 million, and the 2021 deficit is expected to be DKK 570 million.