Girls outperform boys in all subjects except maths 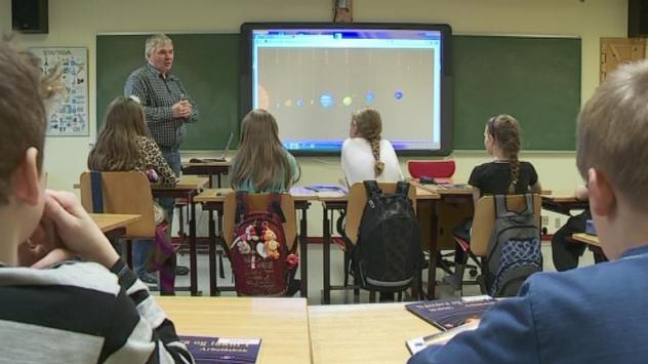 Girls in primary and lower secondary schools (Fólkaskúlin) receive one mark point higher, on average, in exams than boys.

This difference is particularly evident in subjects such as languages, while the difference is less clear in science-based subjects.

The only subject where boys outperformed the girls was maths (fimisrokning).

So concludes a study from last year based on exam results in Fólkaskúlin from 2015 to 2019.

Boys falling by the wayside

These findings come as no surprise to the school management at Klaksvík’s Skúlatrøð school.

“There are of course exceptions to the rule, but the girls tend to be more comfortable with ‘academic’ subjects such as languages, and as a result their marks are higher,” says school principal Vagn Foldbo.

“Many of the boys fail to see the need for learning abstract subjects such as language. They need more concrete teaching, and by pushing on with the abstract subjects, we risk that many boys fall by the wayside.”

And the pupils echo this view:

“It’s simple: boys are more interested in hand-on subjects like physics and chemistry than obsessing about commas and ‘Ð’,” says Sonhard Ziskason, a pupil in the eighth form at Skúlatrøð.

According to the principal, more boys than girls require special needs education.

“It appears that girls tend to find it easier to focus on and conform to the teaching even if they are not interested in the subject.”

So, should the school system seek to adapt to these differences in learning preferences?

“We have been calling for changes to the school curriculum system for years,” says Jákup Eli Olsen, chairman of the Teachers’ Association.

“The countries around us switched from fixed curricula to a more competence-based teaching structure a long time ago, and it is high time that we start considering this option too.”

Olsen adds that there is no need for further studies into the school system: the problem is real, and something needs to be done.

“Fólkaskúlin should be for everyone – including the boys who require more hands-on teaching,” he says.

“We need a firm commitment from our politicians to start work on a long-overdue general restructuring of our school system.”