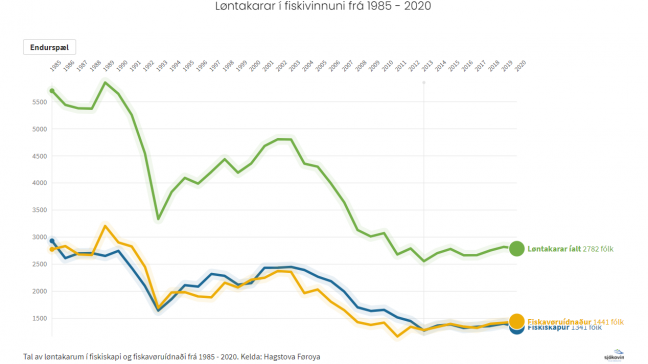 The number of workers in the Faroese fishing industry has been on a steady decline over the past 30-40 years, and the number of jobs has halved since the mid-1980s.

This is one of the key statistics in an annual report on the fishing industry compiled by marine research institute Sjókovin.

Meanwhile, the export value of fish products has increased significantly over this period.

Most inland fish production workers are based in Eysturoy, Suðuroy and Norðoyggjar, and the sailors are predominantly based in Norðoyggjar and Eysturoy.

While most of the sailors are men, the sex distribution is more even in the inland fish production industry.