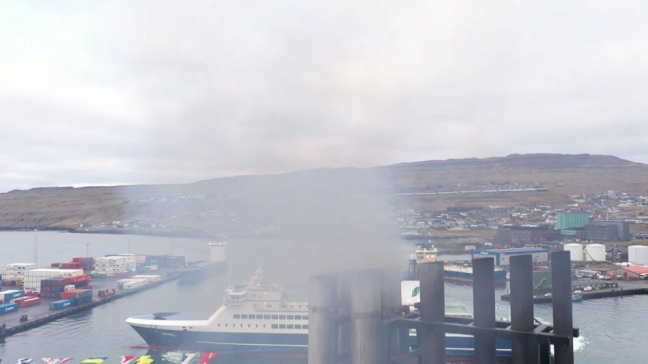 The Faroes are up there with the major oil-producing nations when it comes to high carbon emissions.

“We’re very near the top in this respect,” oceanography researcher Bogi Hansen said in a lecture at a special convention about climate change and epidemics on Thursday.

“If we replace all oil boilers and fossil-fuel cars with greener alternatives, plus transition to 100% green electricity production – all at the same time – we would cut our total emissions by about a third, reaching about the same emission levels as the United States. But we would still be among the world’s absolute worst polluters.”

On a more positive note, hydroelectric production saw a 500% year-on-year increase in August.

The 10.5 Gigawatt hours produced from water in August 2022 accounted for 30 percent of the total Faroese electricity production in August.

Wind power also increased significantly, accounting for 25 percent of the total for August.

“It looks like conditions for green energy production will remain good for the rest of this year,” says a spokesman for public energy supplier SEV.