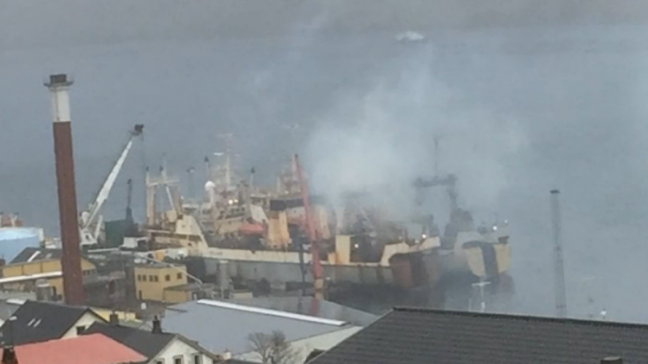 It is a human right to be spared of the troubles caused by noisy and polluting ships, according to new anti-noise pollution association Heimafriður.

Heimafriður (a quiet home) will hold its first general meeting at Skótahúsið (the scout house) in Runavík tonight at 7pm.

The meeting will start with a presentation of the new association’s mission and plans, followed by a debate on the “unbearable situation” with sound and air pollution. The meeting will end with an election of committee members.

Heimafriður aims to limit sound and air pollution from ships, which the organisers say is “unbearable”. After numerous attempts to highlight the problem, the authorities have still not done anything to address the problem, they argue.

Earlier this year, chief medical officer Lars Fodgaard Møller and consultant Pál Weihe wrote a letter to the Ministry of Health, saying that this kind of sound pollution can be a health hazard.

According to WHO guidelines, sound pollution is one of the most harmful environmental factors for people’s physical and mental health, according to Heimafriður.

The organisers add that today, 10 December, is the 70th anniversary of the UN’s Declaration of Human Rights, which states that all humans have a right to life conditions that ensure health and well-being.