One in five traffic accidents caused by icy roads

24.10.2019 - 20:43
Aktuelt
One in five traffic accidents caused by icy roads
Many traffic accidents occur on slippery roads, but it is not always insufficient preparation of the cars that is to blame
Solby Christiansdóttir 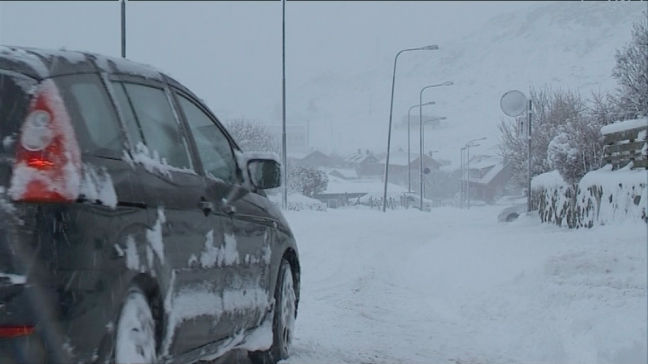 National road authority Landsverk is calling on drivers to take extra care on the roads as winter is approaching.

“Faroese roads can often become slippery in an instant, and it is difficult to predict when or where this can occur,” says Landsverk regional manager Bjarni Petersen.

Although icy roads cause many accidents, it is not always insufficient preparation of cars that are the cause of accidents, he adds. In many cases, the accidents are caused by high speeds, careless driving and unexpected gusts of wind.

Some roads are more commonly featured in ice-related traffic accident statistics than others.

These include the road from the Streymoy-Vágar subsea tunnel to the town of Sandavágur, the roads to and from Eysturoy’s Norðskála tunnel, the road between the Skipanes roundabout and Gøta and the road between Tórshavn and Velbastaður.