Language barrier has a ripple effect on newcomers 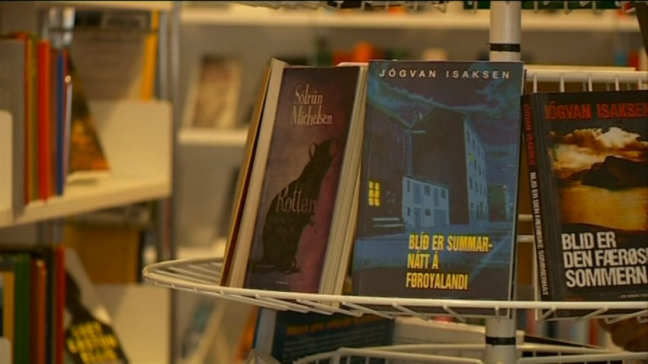 Learning the Faroese language is a prerequisite for permanent residency in the Faroes, according to integration minister Helgi Abrahamsen.

A well-known problem for newcomers is that language tuition is highly inconsistent from one area to another.

But, according to integration researcher Erica Hayfield, insufficient language tuition is only part of the problem.

“We must not underestimate the difficulties that immigrants face when trying to learn our language,” she says.

“Not only is there a great lack of structured language tuition, but many foreigners who settle down in the Faroes struggle to find ways to practise their Faroese language skills, and that compounds the problems they face when coming here.”

She adds that a lot of people who move to the Faroes, many of whom have good academic qualifications, work in filleting plants where there is a lot of noise, and for many, the only social interaction they have at work is with other expats during lunch breaks at work.

“Many newcomers are women who are married to Faroese men, and many of these men are seamen, who spend a significant part of the year out at sea.

"This means that the women face a certain degree of isolation when it comes to practising their Faroese language skills, and for many of them, the only social interaction they have is with other fellow expats, where the communication often ends up being in either their native language or in English.”

>> SEE ALSO More than 100 nationalities in the Faroes

It is a well-known fact that learning a new language as an adult requires a great deal of effort, and when the new language is so fundamentally different from one’s native language.

“It is estimated that it takes about 10,000 hours to reach a certain degree of fluency in a foreign language as an adult. For someone with full-time work and a family to raise, there many people simply do not have the time and energy to immerse themselves sufficiently in the new language.”

One of the questions the researcher has asked foreigners is whether they would recommend other people to move to the Faroe Islands.

“Although many say that they now enjoy being here, they say that the process of adapting to the Faroese language and culture has been so tough that they would hesitate to recommend friends and family in their home country to do what they did.”