02.07.2020 - 14:02
Aktuelt
Edinburgh and Gran Canaria flights set to resume
Atlantic Airways will reinstate two more of its regular routes, but five others will not be taken up again any time soon
Hallur av Rana 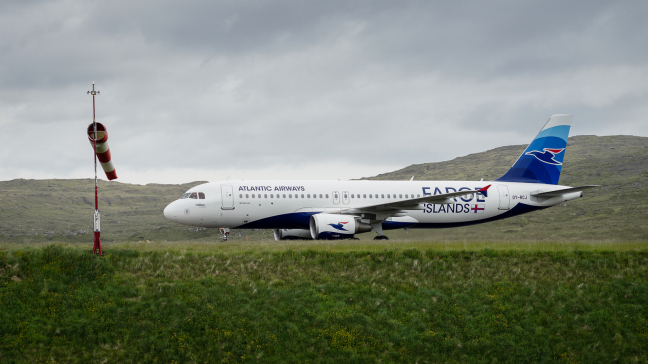 The Edinburgh route will be taken up again in October, and the Gran Canaria route will resume in December.

Along with this announcement comes the news that flights to five other destinations that were part of the airline’s regular timetable before the corona outbreak will not be taken up again in the near future.

>> SEE ALSO Faroes to welcome tourists from rest of Europe

According to Bergi, these five routes are not financially viable in the current circumstances, but she adds that the airline is looking at new destinations for next year.

The two new destinations will bring the total number of destinations to six, along with Copenhagen, Billund, Aalborg (all in Denmark) and Kevlavík, Iceland.

The new timetable will be valid for the rest of this year.