27.10.2020 - 07:31
Aktuelt
Faroe-US cooperative deal signed soon
Faroese and American government officials have since this summer been drafting a cooperative agreement between the two nations
Høgni Djurhuus 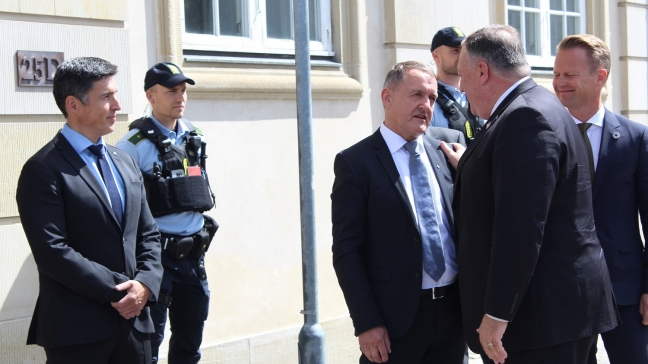 A proposal for a Faroe-United States cooperative agreement is now ready.

The initiative for the new agreement is Faroese, and Mr av Rana brought it up with the US ambassador to Denmark, Carla Sands, when she visited the Faroes in June.

Sands approved of the initiative, as did US Secretary of State Mike Pompeo when he met with Mr av Rana in Copenhagen a few weeks later.

The proposed agreement covers “a wide variety of political issues”, as Mr av Rana puts it.

According to the Faroese government, a US representative will travel to the Faroes on 12 November to sign the agreement.

The Faroese constitution requires the government to consult with the Parliamentary Foreign Affairs Committee on major decisions regarding foreign affairs.