One of the world’s weirdest football stadiums 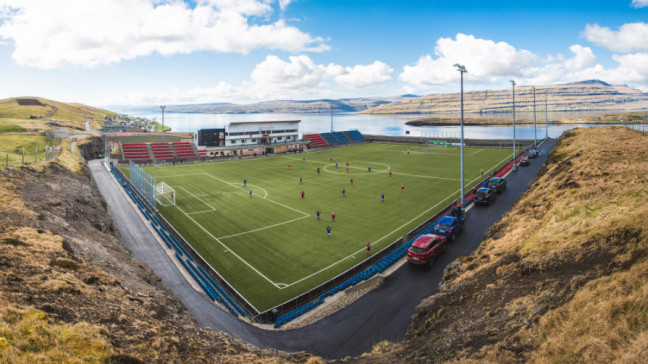 British newspaper the Sun has listed Toftir’s Svangaskarð as one of the ten weirdest football stadiums in the world.

The article starts with “Forget the seven wonders of the world, these stadiums have to be seen to be believed. Although slightly whacky and weird, they prove football can really be played anywhere.”

Svangaskarð made it onto the top 10 list because it is “surrounded by green hills and offers view of a stunning blue lake”.

Other weird stadiums on the list include one in Beograd, Serbia, which is located on the roof of a shopping centre. Station Vozdovac, as it is called, complies with UEFA's regulations for Europa League and Champions League games.

According to the article, the Ottmar Hitzfeld stadium in Swiss mountains is the highest place to play football in the world. Not reachable by car, players and spectators need to use a cable car from the nearby village of Stalden to get to the stadium.