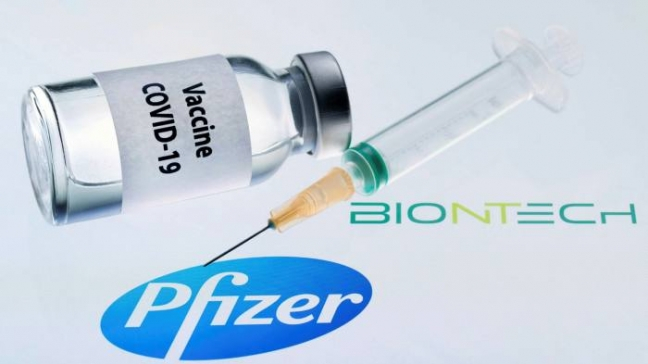 Many still refuse to get vaccinated because they believe Covid vaccines have not been sufficiently tested and too little is known about their long-term effects.

The chief pharmacist and the chief medical officer have now issued a statement aimed at debunking these claims.

“Never before has a new drug or vaccine been backed by as much research data as these vaccines," says chief pharmacist Hjalti Gunnarstein.

He adds that more than 7.3 billion vaccine doses have so far been administered globally, and researchers are keeping a very keen eye on possible side effects.

The Pfizer-BioNTech vaccine has been approved by both the FDA and the EMA (the U.S. and the European drug administrations, respectively).

Gunnarstein says that these institutions require extremely rigorous testing and solid documentation before any new drugs or vaccines are approved for public use.

“It would be understandable that some people were sceptical a year ago when this was brand new to all of us and Covid vaccines were approved for emergency use due to the desperate situation,” he says.

“We have since seen a few vaccines being taken off the market due to complications. In our part of the world, only the Pfizer/BioNTech and the Moderna vaccines are being used, and both of these have received full FDA and EMA approval.”

>> SEE ALSO Minister urges everyone to get vaccinated

He adds that after millions of administered doses with these vaccines, there have been no reports of serious side effects that have caused concern for health authorities.

“It puzzles me to hear that there are people who continue to insist that there is insufficient documentation for the safety of these vaccines.”

"We’re seeing a great deal of fake news circulating on social media about these vaccines and their alleged side effects, and I simply don’t know of any scientific documentation that supports these claims,” he says.

He adds that the World Health Organisation (WHO) continues to urge people across the world to get vaccinated, and that it has been thoroughly documented by now that vaccinated people are many times more protected against infection than those who are not vaccinated.

“Vaccinated people are also much better protected against serious illness and death if they do become infected,” he says.

“The Pfizer/BioNTech vaccine has no serious side effects, which is why no-one has any reason to doubt the safety or effectiveness of this vaccine.”