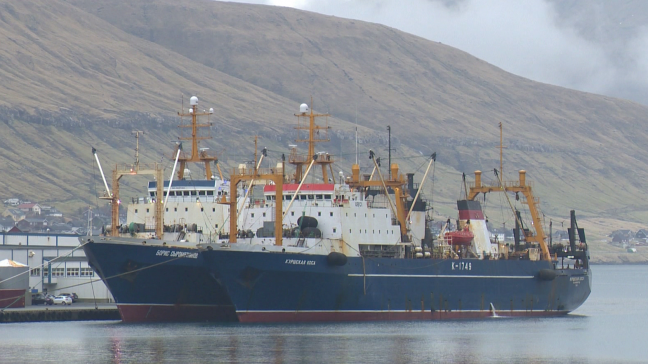 This authority is limited in the sense that sanctions affecting fisheries relations with Russia will require separate legislation.

“There are different interpretations of the EU ban on Russian ships from European ports,” says the minister.

“Our legislation leans toward the Norwegian interpretation, which states that fishing vessels are exempt from this ban.”

The Norwegian interpretation contrasts with that of the Danish Maritime Authority, which insists that the ban includes fishing vessels.

“The Faroes are part of the Danish Kingdom, but we are allowed to make our own decisions,” he says.

“Denmark does not have a lot of fisheries relations with Russia. Norway does, which is why it makes sense to follow the Norwegian line in this case.”

Work is underway on a Faroese sanctions package against Russia.

The minister says these sanctions will be in line with the EU sanctions, with certain exceptions relating to trade and fisheries relations with Russia.