23.05.2022 - 14:45
Aktuelt
Don’t worry about monkeypox
New virus may arrive in the Faroes, but it is highly unlikely to cause another pandemic, says public health professor
Emil Lisberg Jacobsen 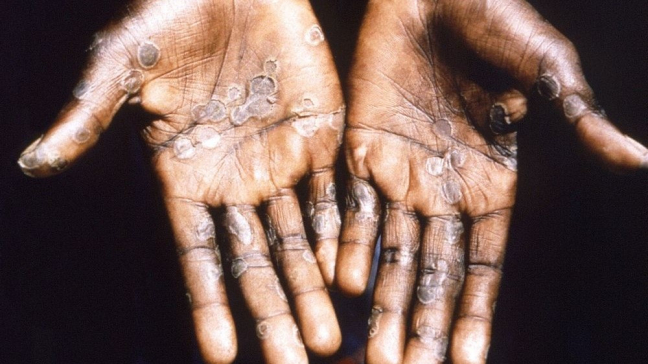 Monkeypox, a virus which was first detected in humans in 1970, has made a comeback, with outbreaks reported in countries around the world this month.

However, we should not worry too much about it here in the Faroes, says public health professor Pál Weihe.

“The monkeypox virus has an incubation time of one to three weeks, during which period it does not spread on to others,” he says.

“Unlike with Covid-19, where asymptomatic transmission is common, monkeypox does not become infectious until symptoms – such as rashes, skin lesions and flu-like symtoms – start appearing. This makes it relatively easy to limit the spread of the virus.”

The professor adds that as long as we are aware of this virus and its symptoms and practise caution, the virus will most likely disappear relatively soon, just like it has done in the past.

According to the WHO, monkeypox is a viral zoonotic disease that occurs primarily in tropical rainforest areas of Central and West Africa and is occasionally exported to other regions.

Monkeypox is usually a self-limited disease with symptoms lasting between two to four weeks. Severe cases can occur. In recent times, the case fatality ratio has been around 3-6 percent.

The virus is transmitted to humans through close contact with an infected person or animal, or with material contaminated with the virus.

It transmits from one person to another by close contact with lesions, body fluids, respiratory droplets and contaminated materials such as bedding.