Uncertainty on compensation for farmers

02.11.2019 - 05:43
Aktuelt
Uncertainty on compensation for farmers
It is uncertain if sheep farmers will be compensated by the government now that duty-free imports of lamb from EU nations have been approved
Høgni Djurhuus 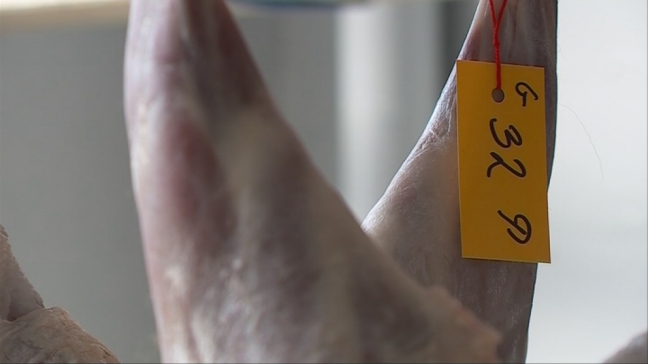 It is debatable whether Faroese farmers will lose money from the new EU trade deal which removes the 10-percent duty on lamb to and from EU nations.

So says foreign minister Jenis á Rana in his reply to MP Brandur Sandoy, who enquired about how the government is planning to compensate farmers for the financial losses incurred by the agreed changes in the trade deal with the EU.

The deal allows duty-free imports of 40 tonnes of lamb to the Faroes in return for duty-free exports of Faroese sprat fish to EU nations over the next three years.

After that, the quota will be increased to 80 tonnes.

Compensation to farmers may not be necessary or relevant, says that minister, because great amounts of lamb are already being imported duty-free, and lamb imports from the EU are very limited compared to lamb exports from other nations.

Last year, the Faroes imported 36 tonnes of lamb from EU nations at a 10 percent duty rate.

The Farmers’ Union last month lashed out at the deal, arguing that it undermines the entire Faroese agriculture industry.

“Eighty tonnes may not seem much, but it is equivalent to about 5,000 lamb carcasses, or 15-20 percent of the total annual lamb output in the Faroes, and that’s a lot,” says union chairman Sigert Patursson

“We obviously want the best for our fishery and fish farming industries, but it is unfair that the struggling Faroese agriculture industry should act as a bulwark for an industry that has been raking in billions for many years.”