14.01.2020 - 12:37
Aktuelt
Airport management drawing up expansion plans
Plans are being made to accommodate the ever-increasing number of passengers travelling through Vágar Airport
Símun Christian Olsen 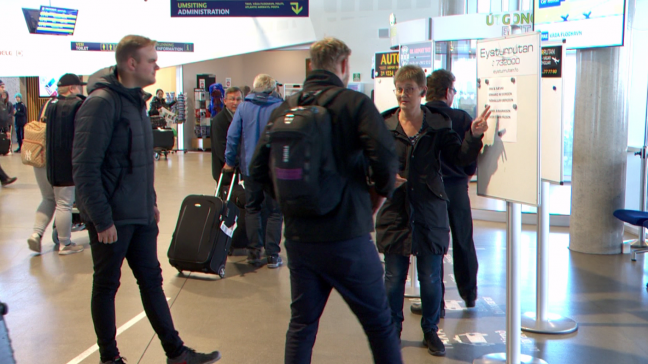 The number of passengers going through Vágar Airport has been on a steady increase for many years.

Last year saw 424,000 passengers travelling through the airport, which is an increase of 54,000 on the previous year.

When the new airport terminal was taken into use five years ago, the annual passenger figure was just over 200,000.

Airport is getting too crowded

Projections show that more than 600,000 passengers will be travelling through the airport by 2025.

Regin I. Jakobsen, the new airport manager, says the terminal is starting to become too crowded in high season and that the time has come to consider expansion plans.

The management is in talks with consulting engineers regarding an overall expansion plan for the airport.