Football spectators to be split into groups

15.05.2020 - 08:10
Aktuelt
Football spectators to be split into groups
Fans will be allowed back to the football grounds this weekend, but distancing requirements still apply
Símun Christian Olsen 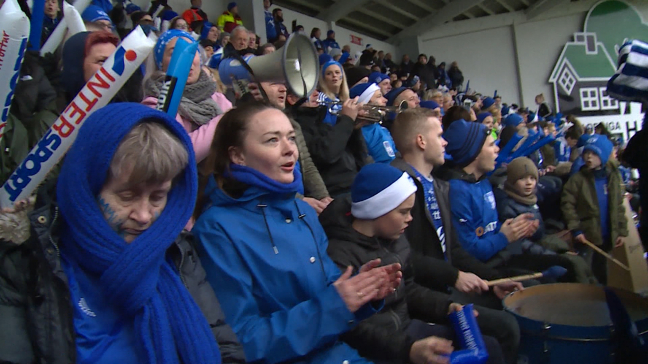 The strange phenomenon of spectatorless football didn’t last beyond the first round of the championship.

Shortly after phase three of the government’s reopening measures were announced yesterday, the Football Association (FSF) announced that spectators were allowed to attend football matches.

But things will not be exactly as they used to be, as the requirements of no more than 100 people gathering in one group and a distance of one metre between people must be adhered to.

To meet this challenge, FSF has decided to divide spectators into groups of no more than 100 people each. This is done in consultation with the health authorities to make it easier to trace contacts in case an infected person is present.

”From what we’re seeing on social media, there is a lot of excitement among the fans, so we are expecting to see big crowds at this weekend’s games.”

Hvidbro adds that the clubs’ facilities differ greatly, and some clubs may need to limit the number of spectators.