03.07.2020 - 12:04
Aktuelt
Tórshavn during World War 2
A new exhibition portraying life in Tórshavn during the war opens today at the City Museum
Jákup Dahl 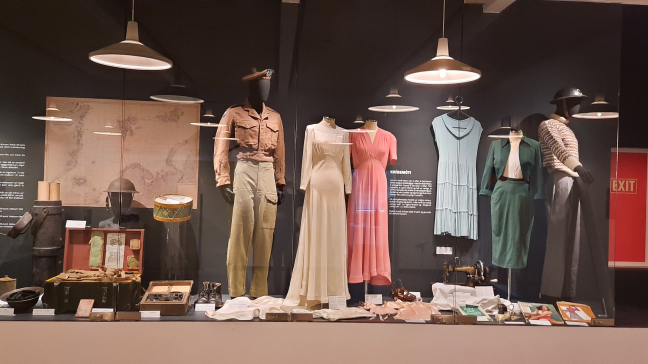 A new exhibition at Tórshavn’s City Museum (Býarsavnið) commemorates the 75th anniversary of the end of World War 2 in Europe.

The British occupation of the Faroe Islands, also known as Operation Valentine, was implemented immediately following the German invasion of Denmark and Norway and lasted from 12 April 1940 to 16 May 1945.

Operation Valentine made a great impact on the islands, politically, economically as well as culturally, for better and for worse. Many Faroese people died at sea and in accidents on land, and the period was marked by constant fear of what was going on in the world. But there were also happy times, and many locals struck up lifelong friendships with the British troops.

A trip down memory lane

The exhibition features a host of interesting items from the war period, including military equipment, dresses, dance tickets, fashion and sewing magazines, Faroese periodicals and a homemade shoe, which a young local man made for his fiancé. Visitors can also see numerous photos and video clips from the period.

Many of the items on display are the property of the City Museum, and some have been borrowed from the National Museum and the War Museum in Miðvágur, Vágar. Members of the public have also contributed to the exhibition.

The exhibition will be open daily at Frúutrøð in Tórshavn from 11am to 5pm.