25.07.2020 - 04:04
Aktuelt
One new positive Covid-19 test
A crew member on a Russian trawler docking in Klaksvík has tested Covid-19 positive, and another has been hospitalised with corona-like symptoms
Elin Mirjamsdóttir 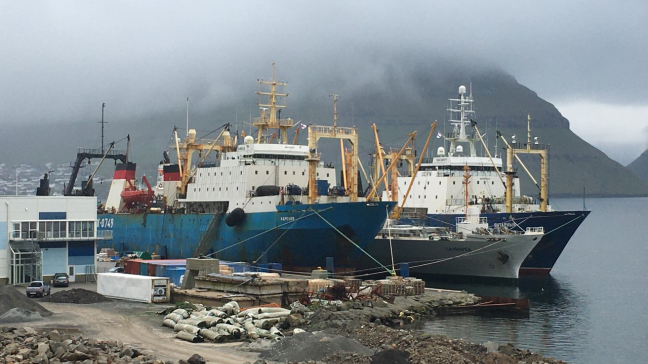 The crew on Russian trawler Karelia, which is docking in Ánirnar, near Klaksvík, has been quarantined after a crew member tested positive for Covid-19 yesterday.

Another member of the crew has been hospitalised with corona-like symptoms.

Four locals have been aboard the Russian ship, but according to chief medical officer Lars Fodgaard Møller, it is unlikely that they have contracted the virus.

“These four people have only had very sporadic contact with the ship’s crew,” he says.

He adds that the crew had been instructed not to get off the ship due to Covid-19 concerns, and the Faroese authorities assume that the crew have observed these instructions.

Anyone who has been in contact with the ship’s crew is asked to contact the chief medical officer.