No repeat of 1990 fairytale win against Austria

29.03.2021 - 07:08
Aktuelt
No repeat of 1990 fairytale win against Austria
An early opening goal by the Faroese national football team was not enough to beat Austria
Símun Christian Olsen 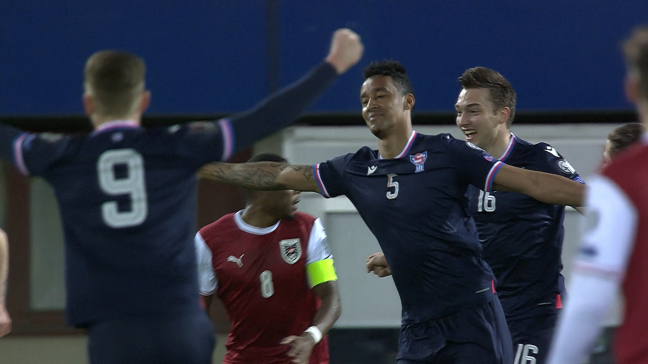 The Faroese national football team caused waves across the sporting world in its first competitive international game in 1990 when they beat Austria 1-0 in the EURO 1992 qualifiers.

Although this was a home game for the Faroese side, the game was played in Sweden as none of the Faroese football pitches were approved for international games at the time.

Hopes of repeating this memorable result came alive when Sonni Ragnar Nattestad opened the score for the Faroes in the 19th minute.

But the joy was short-lived as the Austrians levelled the score only 11 minutes later, and by half-time the Austrians found the net twice more to make it 3-1.

The Austrians kept piling on the pressure in the second half, but the Faroese team managed to stave it off.

After a while, the pressure wore off as the Austrian side appeared content with its 3-1 lead.