05.12.2021 - 16:52
Aktuelt
Poll: voters turning away from big government parties
A poll is only indicative, but there is no doubt that the government has credibility problems, says political commentator
Durita Fagradal Augustinussen 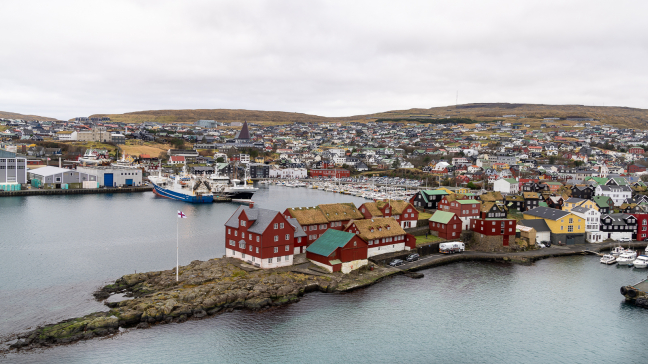 The Tinganes government buildings in Tórshavn

Voter support for the main government parties at near-historic lows.

A new poll puts Sambandsflokkurin at 14.8 percent of the vote, which is well below the party’s worst-ever election result in 1998 when it came in at 18.1 percent.

The other large government party, Fólkaflokkurin, also appears to have lost the voters’ support, scoring a mere 17.6 percent in the poll. This is only fractionally above the party’s worst election result in 1994 when it received 16 percent of the vote.

A key reason for the bad result for Sambandsflokkurin, according to the poll analysis, is that the party supports fellow government party Miðflokkurin in ethical matters such as LGTB rights.

“A poll is obviously only a snapshot and not a forecast. But it is clear that the result is reflected by the government’s lack of assertiveness regarding Covid vaccinations,” says Eirikur Lindenskov, managing editor of newspaper Sosialurin.

“This appears to have damaged the government’s credibility.”

The new poll, consisting of 500 respondents, was conducted by spyr.fo on behalf of news portal blaðið.fo (article in Faroese).