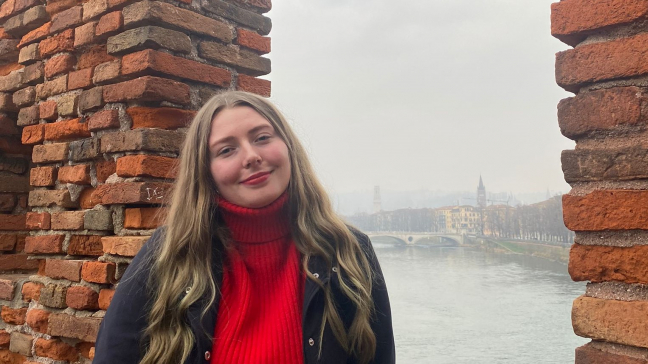 Gunnvá Winter, 16, says the new all-male government is sending out a signal that young women are not fit for politics.

Not accepting that young women are being robbed of their dreams of a future in politics, she recently published a reader’s letter which has been shared widely on social media over the past few days.

Here is an English translation of the letter:

Young women DO have a future in politics

The recent government reshuffle brings up the question of role models for the young generations. I am 16 years old, which means I am part of the future generation. I have a strong interest in politics, but I am not yet eligible to vote or run for election. Political influence has thus so far been out of my reach. But, seeing the current structure of the cabinet of ministers, I could easily be led to believe that it is impossible for a young woman to achieve political influence. We cannot and must not accept this situation. We cannot let our government rob young women of their dreams of a future in politics.

I am, however, fortunate to have seen a government with gender equality during this electoral period, so I know that this is possible. In fact, there has only been one other ‘shirt and tie’ government in my lifetime. This government stepped down a week before my third birthday, i.e. a few years before I started tagging along with my parents when they went to the ballot boxes to cast their votes. I learned early on that it is perfectly okay to vote for women. I was never taught that a tie forms part of the mandatory dress code in government. But there are other young people who are less fortunate, for instance those who are starting to form opinions about politics now during the reign of this current government.

There is no evidence indicating that the gender of a minister in any way determines the quality of the minister’s work. But a government with no female ministers does send out a strong signal, not only to the youth and women of the Faroe Islands but also to the rest of the world, which can now classify us alongside countries such as Saudi Arabia, North Korea and Afghanistan because one half of the Faroese population is not represented in the government.

The key issue is not whether I will be entrusted with a political mandate in the future. What’s important is that my hopes and ambitions are not quenched just because I am a girl.

An interview with Gunnvá Winter (in Faroese) is available here.