29.07.2022 - 16:26
Aktuelt
The Prime Minister’s ólavsøka speech
Inflation relief for struggling families and incentives for parents who want to mind their children at home were among the key points in today’s speech
Sára Jógvansdóttir
Høgni Djurhuus 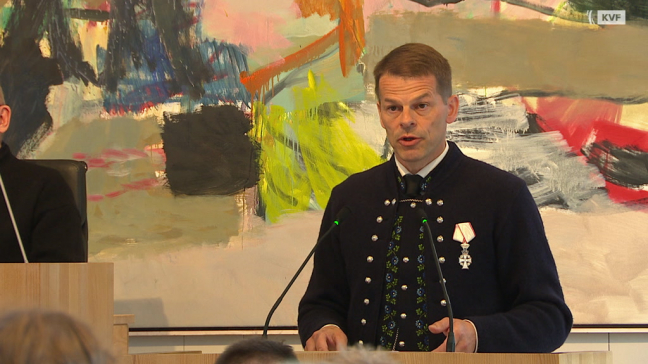 Here is a recap of some of the main points raised in the speech.

Households struggling with the rising costs of living may receive direct payments of up to DKK 7,000 from the government.

“Financial storms are forecasted, and the first signs of an energy and food crisis are on the horizon. We are feeling the effects of rising inflation – fuel and food prices, in particular, have risen sharply, and interest rates are also going up,” the Prime Minister said in his speech.

“The government will be presenting a proposal for inflation relief of up to DKK 7,000 for households that struggle to make ends meet financially.”

No details were provided on terms and conditions for these payments and when such a system would be introduced.

The government is also looking at increasing maternity/paternity pay and making it easier for parents to mind their children at home.

Regarding the planned green energy transition, the Prime Minister said that new houses will not be using oil heating, and the government buildings will soon be heated with geothermal energy.

“From 2024, oil-fired boilers will no longer be allowed in new residential houses, we will offer subsidies for the removal of old oil-fired boilers, and we will continue to provide VAT exemptions on heat pumps. We will also extend our VAT incentive system for electric cars.”

The government is also planning to open a representation office in the United States, along with setting up a special export agency.

“I have recently had some very productive talks with the President of the European Commission, and it seems clear that the EU wants to strengthen trade ties with the Faroe Islands. To facilitate our international trade relations, we will be launching ‘Export Faroe Islands’, a special agency tasked with promoting Faroese exports in the same way that Visit Faroe Islands promotes tourism.”