Fisheries deal renewal with Russia likely to go ahead

23.11.2022 - 19:23
Aktuelt
Fisheries deal renewal with Russia likely to go ahead
A large majority of the political parties now want to renew the deal with Russia
Frants Jensen 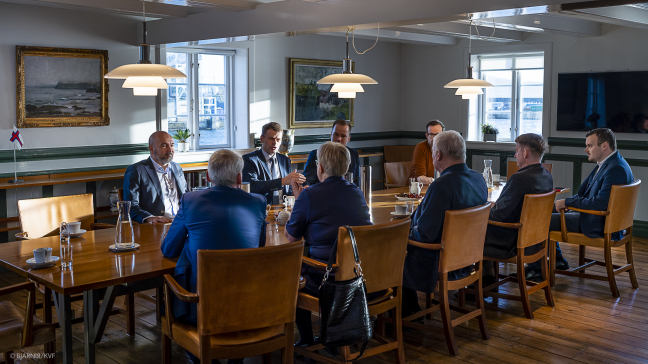 All the major political parties along with Framsókn now want to extend the fisheries deal with Russia for one more year.

This became clear today after a meeting between the leaders of all political parties.

The views of those in favour of renewing the deal can be summed up as follows:

“Given the new situation with an early election, the Faroes have not managed to prepare an alternative to a fisheries deal with Russia. Terminating the deal at this point might result in grave consequences for the many people in the Faroes whose livelihood relies on our fishery in the Barents Sea.

“It therefore makes sense to renew the deal for one more year. After the election, the new government will start looking at alternatives to a fisheries deal with Russia.”

Prime Minister Bárður á Steig says that negotiations with Russia will be carried out via video link at a civil servant level.

The plan is to increase the scrutiny of Russian fishing vessels both at sea and in ports.

The two parties that remain opposed to renewing the deal are Sjálvstýri, which rules out any negotiations with Russia, and Miðflokkurin, which is unwilling to renew any deal until after the election.