Fisheries talks with Russia to go ahead despite reputational risk 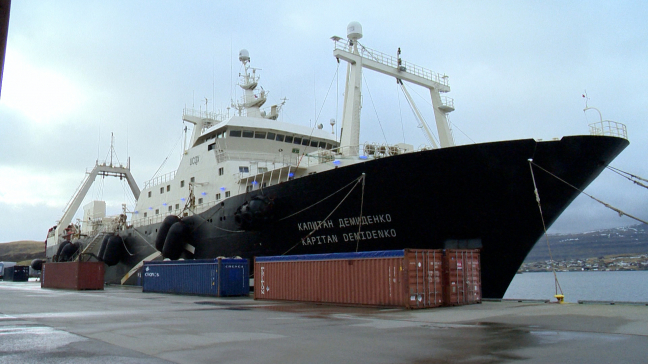 The fisheries minister has confirmed that negotiations with Russia about a possible extension of the current fisheries deal will take place this year.

This does not sit well with Flemming Splidsboel Hansen, a Danish expert in international affairs.

“While the EU is preparing yet another sanctions package against Russia, the Faroes are getting ready to sit down and negotiate a new fisheries deal with Russia. The timing is unfortunate,” he says.

“This could result in some reputational, and perhaps even some financial, damage to the Faroes.”

Árni Olafsson, who attended the first Faroese fisheries negotiations with the Soviet Union back in 1977, says the rhetoric has changed significantly.

“After Russia’s annexation of Crimea in 2014, there wasn’t much criticism of Faroese exports to Russia. This seems to have changed now, and perhaps we ought to at least consider the reputational effects of our decisions,” he says.

“But, ultimately, we should look at what Norway does. Norway is a much larger nation and, as such, should be subject to harsher criticism for its continued fisheries cooperation with Russia.”

And there is no doubt that Norway will be extending its current fisheries deal with Russia, confirms Jógvan Hugo Gardar, a Faroese journalist residing in Norway.

“There is broad political support for continuing the fisheries cooperation with Russia. Only a few minor parties want to close Norwegian ports to Russian ships,” he says.

“So far this year, Russian fishing vessels have landed about 100,000 tonnes in Norwegian ports. This fish is mostly intended for the EU market, so I cannot imagine a great deal of European protests there. And, we should not forget that food products remain excluded from the EU sanctions packages.”