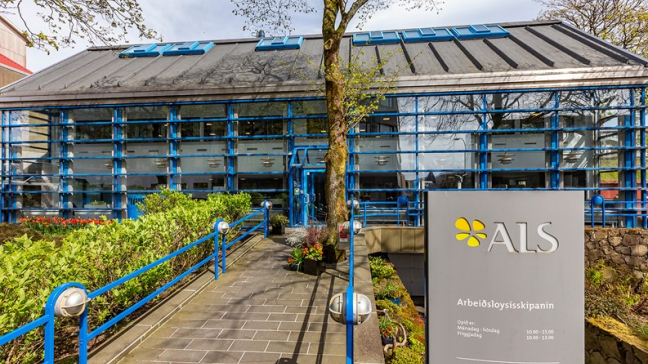 The ALS headquarters in Tórshavn

In the past month, ten workers who have entered the country via the fast-track employment programme have asked unemployment office ALS for help.

Seven of these have been dismissed from their jobs, and three have had their employment contract altered so that they no longer fulfil the requirements for a 40-hour work week.

“The prerequisites for entering the country have been changed, and now they have no clue about what to do from here,” says Høgni í Stórustovu, department manager at ALS.

All ten people who have contacted ALS this month were employed in the hotel and restaurant industry.

“We are not the right authority to turn to in this case. The right authority is the Immigration Office and the integration minister. But I presume they come to us looking for new jobs because we are an unemployment office.”

Stórustovu believes this is a clear indication of structural weaknesses in the fast-track programme which need to be addressed immediately.

“These people came to the Faroes for the sole purpose of working. They are in an incredibly difficult position,” he says.

“They went from having a secure job to having nothing, not even the chance to apply for any social benefits. This is a catastrophe.”

>> SEE ALSO “No more fast-track workers until system is revamped”

Hervør Pálsdóttir, of Tjóðveldi (republicans), and Helgi Abrahamsen, of Sambandflokkurin (unionists), are members of the Labour Market Rules Committee.

They agree that when migrant workers can lose their rights from one day to the next, there is clearly a problem that needs urgent attention.

“I always felt that the fast-track programme was a bit rushed,” says Pálsdóttir.

“This programme is built on mutual trust. We need to make sure that employers who breach this trust will be disqualified from hiring foreign workers through the fast-track programme."

Abrahamsen believes it is not necessarily the fast-track programme that is the problem.

“The fast-track programme is fundamentally not much different from the previous system. It was introduced to speed up the recruitment process to plug the shortage of workers,” he says.

“Perhaps we should instead take a closer look at the entire recruitment system for migrant workers.”

He does not think that putting the fast-track programme on hold, as was recently suggested, would solve the problem.

The integration minister has vowed to take a thorough look at this issue.