No supervision of fast-track employment programme

13.01.2023 - 04:51
Aktuelt
No supervision of fast-track employment programme
There have been no inspections of workplaces with migrant workers since the fast-track programme was introduced in November 2021
Petur Kristinn Vang 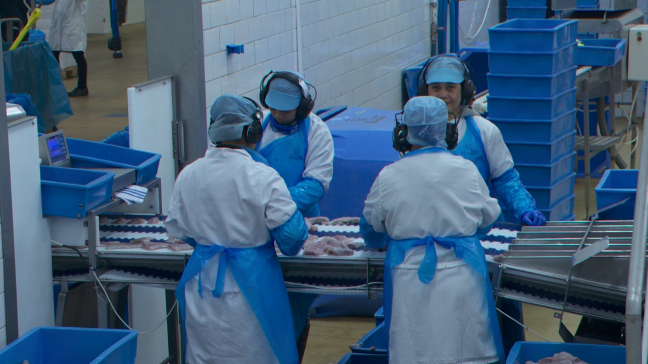 In 2019, an initiative was launched to investigation working and living conditions for foreign workers.

The police, the Work Environment and Fire Safety Authority and tax authority TAKS set out to take a closer look at what goes on behind the scenes when foreign nationals are brought to the Faroes for work purposes.

Through unannounced inspections in workplaces that employ foreigners, the plan was that the police checked residence permits, the Work Environment and Fire Safety Authority investigated working conditions while TAKS oversaw the financial aspect.

A few of these so-called social dumping spot checks were carried out in 2019, but then Covid arrived.

“All of a sudden, our resources were needed in other areas,” says Leivur Persson, the head of the Work Environment and Fire Safety Authority, who coordinates the initiative.

Police confirm that no inspections specifically targeting workplaces with foreign workers have been made since the fast-track programme was introduced.

“This is obviously unfortunate,” says Persson.

“One reason is that before the fast-track programme was introduced, most migrant workers worked for large employers. Now, however, not only has the number of workers increased substantially, but they are now spread across a much wider area of the labour market. So, it’s still a question of resources.”

A total of 638 work permits have been issued to foreign nationals through the fast-track programme since it was introduced in November 2021. That works out at about 50 per month.

Integration minister Bjarni Kárason Petersen says he is aware that the pandemic caused many disruptions but adds that this important area should have been given higher priority.

“Covid-19 was not such a big issue in 2022, so I’m not sure that it’s right to say that there were insufficient resources for continuing with these workplace inspections,” he says.

“I will make sure that the task force consisting of the police, the Work Environment and Fire Safety Authority and TAKS gets back on track this year.”

In addition to talking to the three institutions that make up this task force, the minister has also arranged a meeting with the Immigration Office next week to gain a clearer picture of the issue.

The Immigration Office has produced leaflets in English with information for migrant workers about their rights and obligations in the Faroese labour market.

“We need to make sure that all migrant workers not only receive this information but also that they actually read and understand it.”