20.07.2019 - 11:04
Aktuelt
District heating prices set to come down
A price reduction is in sight, but it is unclear when and by how much
Bjarni Mohr 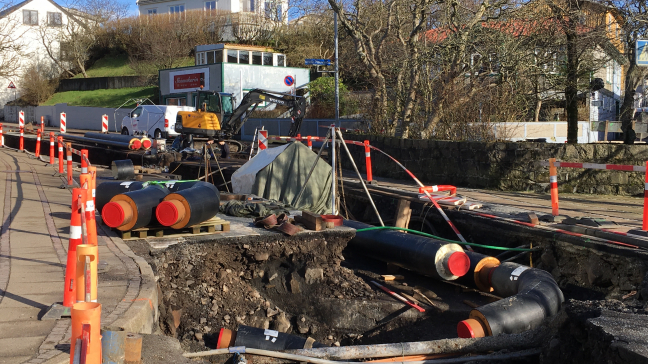 The District Heating Association is making many investments these days

The price of district heating prices is currently at a high level because the District Heating Association is using more oil than usual.

This is due to the temporary unavailability of energy from the power plant at Sund, Streymoy, which is undergoing expansion work, according to Bogi Andreasen, the head of Fjarhitafelagið (the District Heating Association).

Fjarhitafelagið recently received a complaint from a citizen group in Hoyvík, which argued that the prices were also too high while the Sund plant was operating.

Responding to the complaint, Andreasen says that Fjarhitafelagið will set out to improve the way it informs citizens of its services.

District heating prices vary greatly depending on the area where it is provided.

The large price difference can be put down to consumption levels, says Andreasen, as the Inni á Gøtu houses consumed an average of 27,147 kWh last year, compared with an average of 6,500 kWh in Maritugøta and Blómubrekka.