12.05.2020 - 13:47
Aktuelt
New Faroese language tuition plan in the pipeline
A proposal for a new syllabus with Faroese as a second language has been submitted for consultation
Høgni Djurhuus 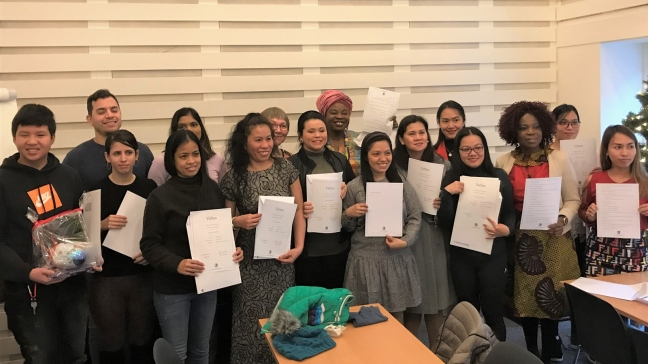 Faroese language teaching for foreign nationals is based on the Common European Framework of Reference (CEFR). Photo: The Ministry of Culture and Foreign Affairs

The Ministry of Culture and Foreign Affairs is in the final stages of preparing a new Faroese as a second language syllabus.

It has been agreed that all future teaching of Faroese as a second language will be based on the Common European Framework of references for Languages (CEFR).

The CEFR is an international standard for describing language ability. It describes language ability on a six-point scale, from A1 for beginners, up to C2 for those who have mastered a language. This makes it easy for anyone involved in language teaching and testing to see the level of different qualifications. It also means that employers and educational institutions can easily compare a person’s qualifications to other exams in their country.

These courses will be further subdivided into six levels of language ability.

In addition to learning the Faroese language, students will also be given an insight into Faroese culture and society.

Further details will be available after the 1 June consultation deadline.