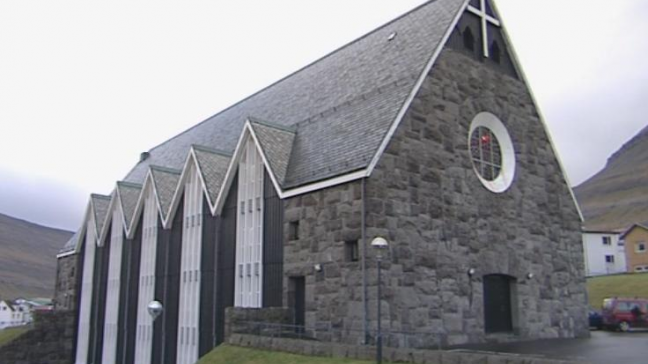 The Christianskirkjan church in Klaksvík

To adhere to the Covid-19 safety guidelines, the ceremonies were split into two, one with eight and the other with nine confirmands.

The second ceremony was unlike any previous Faroese church confirmation service in that parts of it were conducted in English.

This was because three of the confirmands are newcomers with roots in the Far East whose Faroese language skills are limited due to only having lived in the Faroes for about a year.

For this purpose, vicar Marjun Lómaklett arranged separate English-language lessons in the key aspects of Christian teachings and faith ahead of yesterday’s ceremony.

“As far as I know, this is the first time that children who have not been born and/or raised in the Faroe Islands are confirmed in a Faroese church together with Faroese-born children,” says Lómaklett.

Yesterday’s service was conducted as usual in Faroese, but when the three newcomers were confirmed, the language changed to English.

“It has been a wonderful challenge for me to teach children with different cultural backgrounds about Faroese Christianity,” says the vicar.

“It may be the first time that we’re seeing this type of confirmation in the Faroe Islands, but I certainly hope it will not be the last.”