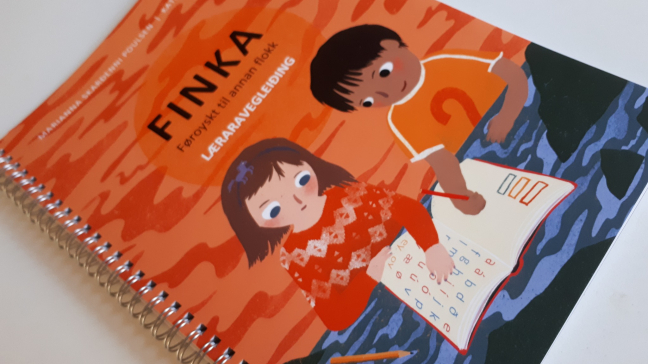 Finka – føroyskt til annan flokk has won gold in the ‘Second half of primary education and lower secondary education’ category (equivalent to the second, third and fourth form in the Faroes) at the BELMA awards.

The BELMA (Best European Learning Materials Awards) are presented every year in Frankfurt to high-quality educational materials that have been produced in any country in Europe.

This is the first time that a Faroese textbook achieves this honour.

Author Marianna Skarðenni Poulsen says there was a special reason why she singled out second-form pupils as readers of Finka.

“This is a big jump, so I was looking for some sort of a smooth transition between these stages in the learning by adding a conversational element where pupils are encouraged to talk about the pictures they see in the book.”