Immigrants struggle to make use of their skills

09.02.2021 - 19:09
Aktuelt
Immigrants struggle to make use of their skills
A new PhD study sheds light on language and migration in the Faroe Islands
Ingi Rasmussen 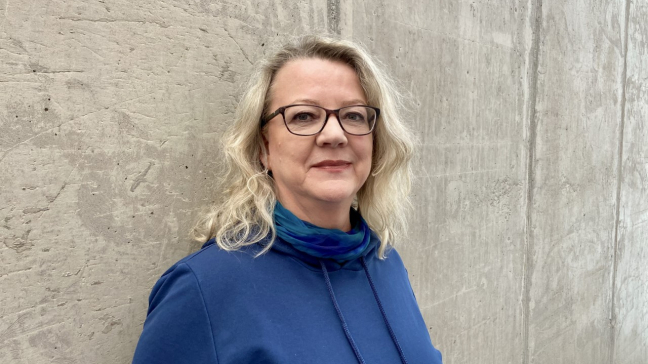 Many immigrants find it difficult to acquire, use and become speakers of Faroese, and this makes it difficult for them to access the Faroese labour market.

This is the theme of Faroese researcher Elisabeth Holm’s PhD thesis, which she recently defended at Heriot-Watt University in Edinburgh.

The thesis is titled: “New Times in the Faroe Islands, New Speakers of Faroese and the Sociolinguistics of Labour Market Inclusion: Challenges and Opportunities”.

Some 2,000 people in the Faroes are not Danish citizens, equivalent to about 4 percent of the total population. Twenty-five years ago, this figure was 0.8 percent.

Holm’s study is based on participant observations in workplaces and interviews with 29 people, mostly women, of non-Nordic origin, who work in fish processing and cleaning jobs in the Faroes.

A key element of the interviews related to the participants’ experiences with learning Faroese and the challenges they faced in making use of their qualifications in the Faroese job market.

It turned out that two-thirds of the randomly selected participants had higher education degrees, which they were unable to use in the Faroese labour market.

“Most of them reported feelings of frustration and stagnation when trying to enter the Faroese labour market. They do everything they can to get a job that’s relevant to their qualifications, but they don’t get the job they want,” explains the researcher.

>> SEE ALSO Study on feeling strange in a small community

”Either they do not hear back from the employer or they get a negative reply to their application. The reason is usually their lack of Faroese or Danish language skills.”

One study participant described the situation as follows: “The truth is that except for [name of company] that recognises foreigners, the experience here is sad. We have education. Employers could use us, but they don’t.”

Below are some of the general conclusions of the study:

• What well educated blue-collar workers of migrant origin had in common was that they had not been able to utilise their educational qualifications in the course of many years in the islands; they experienced identity disruption (i.e. loss of professional identities) and faced the long-term implications of deskilling due to downward occupational mobility; they felt stuck in blue-collar jobs.

• There was a clear discrepancy between the adult migrants’ language learning needs, at different competence levels, and what was available in terms of language learning support at institutional level in different regions. This poor and uneven provision was contributing to inequalities and acted as a potential barrier to social mobility and career advancement.

• Becoming a new speaker of Faroese posed particular challenges, partly due to its status as a minoritised language spoken in a bilingual language context; due to the fact that the teaching of Faroese to adults is still an underdeveloped field of education, due to the concentration of provision around the capital city, due to the fact that migrant workers have long working hours and challenging personal circumstances, and due to the prevalence of Danish in bureaucratic and media settings.

• Investment in language learning is a highly situated type of activity and it is contingent on personal circumstances, and on workplace and structural conditions.

• There is no straightforward connection between language competence and opportunity to move into the professional sectors of the labour market.

• Opportunities for language learning in the local fish factories and cleaning jobs were scarce.

Holm says she picked this research topic because she has always been interested in the nexus between language and immigration and in creating a Faroese society in which the language belongs to everyone – not just those who speak the “ideal language”.

“We should not only look at what our immigrants cannot do; we need to start regarding these people as a resource,” she says.

Here is a link to an article by the same researcher, based on the same study but with a focus on language policy issues.

Read the Faroese version of this article, including an interview in Faroese with Elisabeth Holm here