30.03.2021 - 07:22
Aktuelt
Seafood products recalled due to safety concerns
Some products from seafood supplier Sjógæti have been found to contain listeria bacteria
Tróndur Olsen 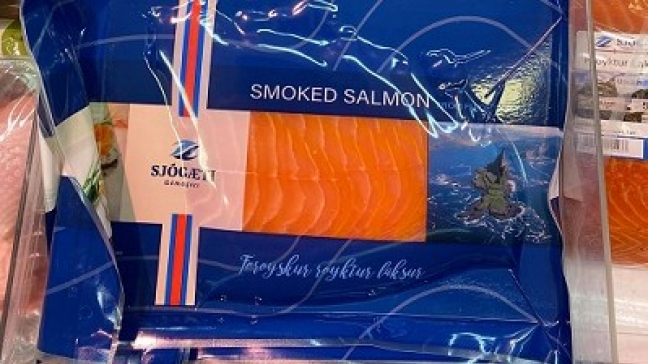 Salmon products such as this one may contain listeria bacteria, reports the Food and Veterinary Authority. Photo: hfs.fo

The following cold-smoked fish products from Sjógæti, packaged in the 5 March-23 March period (both dates included), have been taken off the shelves due to listeria concerns.

The products have been sold in Faroese stores and have now been recalled because some of them were found to contain listeria bacteria, which may be harmful.

Symptoms of listeria resemble those of the common flu, including fever, headache and in some cases stomach troubles, reports Food and Veterinary Authority HFS.

People who have purchased these products are asked to either return them to the store where they bought them or throw them away.