Efforts to reduce violence against women are paying off 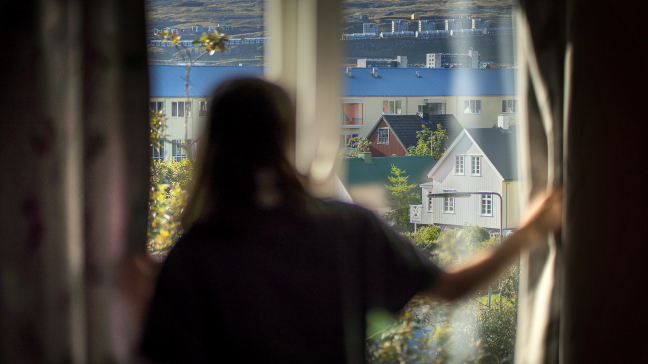 Yesterday marked the International Day for the Elimination of Violence Against Women.

This was also the 11th anniversary of the Faroese ‘Sig frá’ (‘Speak up on domestic violence’) campaign.

>> SEE ALSO Big increase in reports of violence against women

“A relatively large proportion of these women are immigrants who have married Faroese men.”

Anna Katrin Matras, who founded the 'Sig frá' campaign, agrees that the efforts are working.

”Women in the Faroes have a greater awareness of domestic violence and they have a much clearer idea of how to get help than they did before we started this campaign.”

To mark the International Day for the Elimination of Violence Against Women, an event was held yesterday in Tórshavn with presentations and a panel discussion on domestic violence.

The question of a legal framework surrounding rape featured prominently in the discussion.

In recent years, many countries have moved away from the coercion-based model in which a sexual act must be done by coercion, violence, physical force or threat of violence or physical force in order for the act to count as rape.

Instead, they have adopted a consent-based model, which states that for an act to qualify as rape, there must be a sexual act that did not include mutual consent.

The Faroese government is currently working on amendments to the criminal code which include a consent-based provision.

The Faroes have in recent years been put under pressure by international organisations such as the Convention on the Elimination of all Forms of Discrimination Against Women (CEDAW) to implement this consent-based model and to produce statistics and create awareness about violence against women.

More Faroese News in English. (The 'News in English' button on kvf.fo appears to have vanished due to a redesign of the website. It should reappear on the site shortly. The link can still be found in the three-line menu at the top of the site).